New To Vaping? 3 Tips For Beginners

Do you want to give vaping a try but aren't sure where to start? Many people have found that they can reduce or eliminate their dependence on cigarettes by using e-cigs or vape pens, and you may want to find out if vaping can work for you too. But as the vaping craze has exploded, so have the options – and it can be difficult to know where to start. What's the difference between an e-cig and a vape pen? What's a mod? How much nicotine do you need in your e-juice? Can you really vape anywhere? Take a look at some tips that can help you vape successfully from the start.

An e-cigarette, or e-cig, is a simple portable vaping device. They can come in a range of sizes, but are often comparable in size to a regular cigarette, and sometimes they even look like them. Usually, they require the smallest initial investment, but long-term, they're usually less cost-efficient than other vaping devices, because you have to keep buying new cartridges for them. They also have a shorter battery life than vape pens.

Vape pens are usually bigger than e-cigs, and come in a variety of styles. Instead of buying disposable cartridges for them, you refill them with e-liquid, which generally works out to be cheaper than either smoking or using an e-cig. However, you will generally pay more up front for a vape pen starter kit than for an e-cig starter kit. Vape mods, or just plain mods, are beefed up vape pens that provide a longer battery life, more power, and a more customizable experience.

While there are plenty of great online stores for e-cigs, vape pens and mods, and other accessories, you may want to start with a brick and mortar vape store in your area, if you have one. Many vape stores have tasting stations where you can try out different devices and flavors – this is a good way to find out what you like in a vaping device.

Whether you're using cartridges or e-liquids, you'll find that they come with a variety of different nicotine levels, so that you can choose a higher level if you're a heavy smoker or a lower level if you're just a casual smoker.

It's important to understand that nicotine is absorbed differently by the body when you're vaping than it is when you're smoking. One study showed that in five minutes, a vaping device delivered one third to one fourth the amount of nicotine as a regular cigarette. While the newest devices perform a bit better, you still won't get nicotine as quickly or efficiently as you would from a regular cigarette. You may find it useful to buy cartridges or e-liquid in several different strengths at first, and experiment till you find what works best for you.

Vaping is often touted as the solution to smoking bans, because you can vape in places where cigarettes are banned. But can you really vape anywhere that smoking isn't allowed? No. Some airlines, for example, have banned vaping, and a federal ban on vaping in airplanes is set to take effect very soon. The truth is, any business can ban vaping if it chooses to, and of course you should respect the wishes of anyone who asks that you not vape in their private residence. You will find that you can vape in more places than you would be allowed to smoke in, and that's definitely an improvement.

Generally, it's a good idea to ask if vaping is allowed if you're in a place where smoking is not allowed, and it's also not a bad idea to ask the people sitting near you if they object. It's not just about following the rules – it's also about making sure that vapers aren't seen as a nuisance. Even though the vapor from an e-cigarette may not be harmful to bystanders, blowing clouds of vapor at people who would prefer not to smell it is a good enough reason for a previously vape-friendly business to ban vaping from the premises. Be considerate, check to make sure vaping is OK, and avoid releasing big puffs of vapor in crowded public spaces.

The best way to learn all the ins and outs of vaping is to give it a try. You'll be surprised how quickly you begin to pick up on vaping lingo and culture. Contact a business, such as Planet Of The Vapes, for more information.

Read in about 4 Minutes 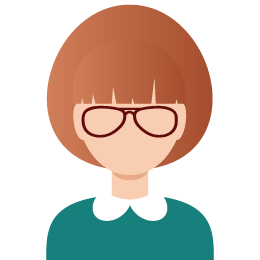